If there has ever been a time for the Rowan community to show its true colors, it is now.

In light of recent events, both national and local, the tension felt between people of different races and religions has probably never been more prevalent since most of us were born in the early to mid ‘90s.

For a long time, we thought that the fascism, the racism and the hatred that ran rampant throughout much of the twentieth century were gone. But with the events that inspired the Blacks Lives Matter movement—namely the shooting of Michael Brown in Ferguson, MI—and the terror attacks in Paris and San Bernardino—which inspired many Americans to question the intentions of their Muslim neighbors—a wedge has once again been driven between our nation’s races. Fear-induced bigotry has inspired the support of men like Donald Trump for our nation’s president.

We were taught about the Holocaust, the period which led to the civil rights movement, and other atrocities when we were young. And we were taught by teachers whose intentions were to show us how not to act, as early as we could possibly comprehend the lesson.

Then, over the weekend, our school was told via an email from the dean of students that swastikas and other anti-Semitic markings were carved into doors in Chestnut Hall.  Although, thankfully, none of the residents in the hall appear to have been targeted for their beliefs, some of our classmates were forced to look at their neighbors and question whether or not they were truly welcome in their home away from home.

We have seen other universities, like Princeton and the University of Missouri, driven apart and thrust into headlines because of incidents of racism, and we’ve asked ourselves how anyone could behave so abhorrently.

Now is not the time for Rowan to make state-wide headlines. It is unacceptable that we’ve already been the subject of reports by nj.com, philly.com and even The Whit for actions perceived as racist. Now is the time for our community to stand together, and to gracefully fade into the background as a boring institution with no problems, where we embrace our campus’ diversity and the myriad of people that the diversity brings with it. 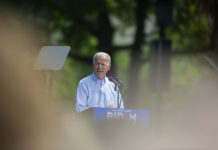