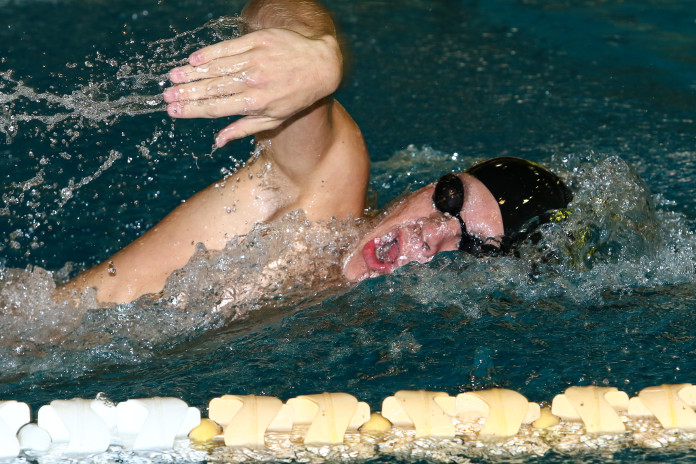 The No. 13 ranked Rowan men’s swimming and diving team has returned from winter break and continues to train for the upcoming Metropolitan Championships at Rutgers University in New Brunswick.

During the month layoff following the Lions’ Invitational on Dec. 6, Rowan traveled to Florida for eight days of training camp. The time away from home made a stronger team bond.

“We spent so much time together as a team in that one week that it brought us closer to each other,” junior Nick Marks said. “Also, it felt really good to be viewed as just an athlete rather than a student athlete.”

Since the team’s return from the break, head coach Brad Bowser scheduled double practices every day for two weeks. This rough routine wore out most of the team but they saw it as necessary.

“Doubling up on the practices really helped us get back on track to compete at the championship level,” Marks said.

Through hard training, the team would change up their focus. Bowser puts emphasis on things such as body positioning in water, stroke techniques and other aspects that the team can improve on.

In their first meet in a month on Jan. 16, the brown and gold picked up where they left off with a dominant 178-102 win over rival Montclair State. The Profs are now 5-2 overall and 3-0 in the conference.

The Profs will be facing their toughest competition thus far next when they travel to New Jersey Athletic Conference rival The College of New Jersey on Friday. Rowan narrowly fell in the dual meet between the programs a season ago, but got some revenge by winning the Lions’ Invitational last month.

The TCNJ meet will also be a good test in preparation for the three-day Metropolitan Championships, beginning Friday, Feb. 19. Before then, Rowan hosts its last dual meet on Saturday versus University of Bridgeport.