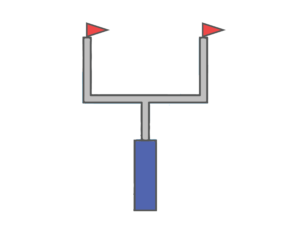 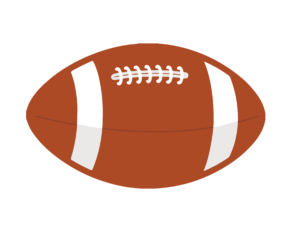 Every year, I somehow get dragged to at least one Super Bowl party. I don’t know how it happens, but I always end up squished on a couch, binge eating snacks to distract myself from the fact that I have no idea what’s going on. This time around, what is arguably one of the biggest American sports events of the year is a match up between the Carolina Panthers and the Denver Broncos. But, if I’ve learned anything from my forced experiences with football, it’s how to survive until the end of the game. I can’t tell a tackle from a sack, but I can offer tips on pulling through the Super Bowl for anyone like me who just doesn’t get it.

Don’t be alarmed when you realize that three hours have elapsed and somehow the game is still in the third quarter. A football game is comprised of four 15 minute quarters. Including halftime and time outs, the whole game should technically take an hour and a half, from start to finish. But it’s important to remember that one football minute can equal up to five real world minutes. Injuries, huddles and challenging the referee’s calls can easily cause the remaining 20 seconds on the clock to last for 10 minutes. The sooner you realize that there is no quick way out and settle in for the long haul, the better.

Throughout the game, people in the room will make statements like “Peyton Manning can’t throw a football” and “that was a nice catch.” Apparently everyone understands the universal language of what constitutes a good football maneuver except for me. Why was that catch nice? What even counts as a ‘nice’ catch? I mean, he caught the ball — that seems like enough to me. If at any point you share these thoughts, don’t say them out loud. Nodding and smiling is safer, and if you absolutely feel like you need to contribute to the conversation, talking about how old Peyton Manning is is always a safe bet.

To this day, I don’t know why everyone on the football field feels the urge to touch everyone else’s butt. When coaches talk to their players they deliver an encouraging pat on the behind. After a touchdown is scored, the player responsible for it is immediately mobbed by his teammates exchanging congratulatory slaps on the rear. Even the water boys get the attention of thirsty athletes with a tentative tap on the derriere. I’m not sure why this happens, high fives and chest bumps seem easier. But more than likely, at some point in the game, you’re going to get bored. When that happens, try counting butt touches as they happen, it makes the time pass faster.

The main reason football is so unenjoyable for me to watch is because there are way too many rules, and none of them make sense. My basic knowledge is this: You can stop the clock at any point by just throwing the ball at the ground. Apparently that is what they call “strategy.” You can also just plop on your knee, cradle the football and decide, “I don’t want to play anymore.” If you do that long enough, no one can score on you, which I guess is a good thing. The most important rule to remember is that when the ball gets near the yellow tuning

Every year I watch the Super Bowl, I quickly realize that I know absolutely nothing about the two teams playing. Everyone around me talks about statistics, throwing around numbers and percentages. Here’s what I know. It doesn’t actually matter which team you root for. Picking the team the majority of the room wants to win works. You can also just side with whatever team seems to be winning. Whatever you do, do not base your decision off of which team has the jazziest uniform. Believe me, been there, done that. You will get called a noob.

Well, there you have it. A systematic survival guide for the Super Bowl. Although honestly, I’ll probably never fully understand what happens between men, buffalo wings and footballs in the span of four hours, and I’ll always question the relevance of this event in the grand scheme of life.

I just hope the commercials will be good.