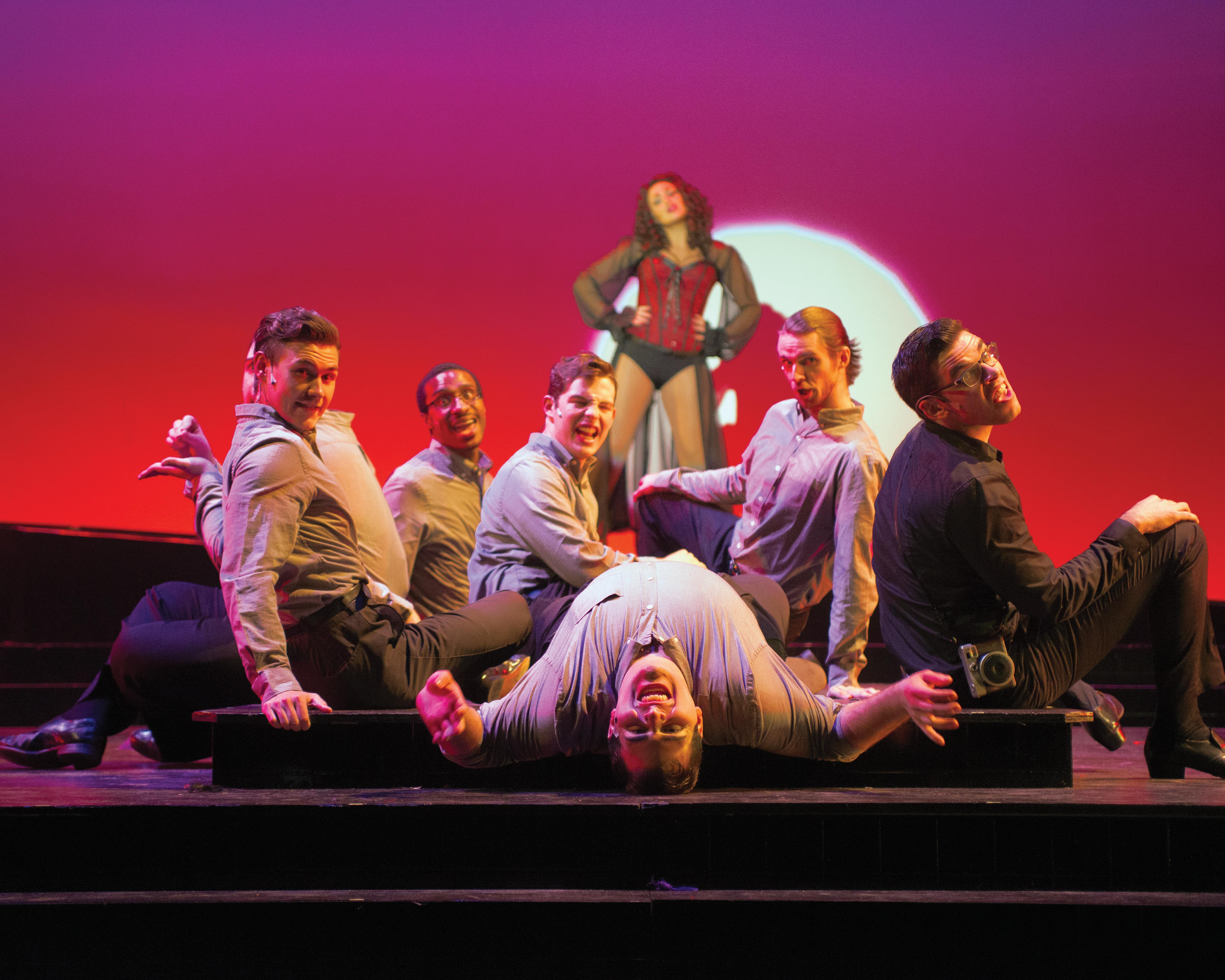 Bringing the life of film director Guido Contini to the stage, Rowan’s Theatre and Dance Department is premiering “Nine: The Musical” this Thursday.

“Nine” is an adaptation of the movie “8 ½,” a semi-autobiographical account of Italian filmmaker and screenwriter Federico Fellini. The musical version is the tale of celebrated film director Guido Contini and his struggle to think up a plot for his next major film. Meanwhile, his romantic ties to various women come into conflict with each other, as flashbacks reveal the true essence of his life, giving him material for his next film: a musical version of the “Casanova” story

With the guidance of Rowan’s Music and theatre departments, “Nine” is directed by Christopher Roche, choreographed by Paule Turner and conducted by Salvatori Scarpa. With musical direction by Marian Stieber, the play continues to focus on women, a theme that Rowan’s theatre department has been following through this past year.

Guido — the musical’s protagonist — struggles throughout the piece with the remnants of his past and the women he’s been involved with at various points in his life.

“You can say he’s an anti-hero, but we still play him very lovable,” said junior music industry major AJ Klein, who stars as Guido. “He’s very human. You still feel sympathy for him in some aspects, there’s always a relatable part of him to any person.”

However, the stories of the women involved with Guido prove to be just as important in “Nine” as Guido’s life itself.

“Considering the series of shows we’ve put on this year’s theme around women, they [women] all have a standard of respect,” Klein said. “It doesn’t matter what type of person you are, but if you treat them poorly they won’t ever appreciate that.”

“I recently experienced something really close to this,” Slough said. “It was really therapeutic for me to go through this show and portray her story. I dealt with a lot of feelings of my own through her, I could make peace with everything that has happened to me in my personal life.”

“Nine: The Musical” follows Guido in the midst of his crisis, however it has very important parallels to Federico Fellini’s life said director Christopher Roche. Despite how infrequently the play is performed, Roche noted its critical acclaim, having won the 1983 Tony Award for Best Musical and the 2003 award for Best Musical Revival.

“It’s not done a lot because the ‘hero’ is an anti-hero, he does bad stuff,” Roche said. “It’s about him having this breakdown – or breakthrough, depending on how you look at it. And the many women in his life stand up to him and say ‘enough is enough.'”

Using the movement based training that students in Rowan’s theatre department are familiar with, Roche acknowledges that it comes down to the psychological motives of characters becoming physical actions, which he also cites as an important takeaway from “Nine.”

“I’d hope that they realize Guido is a complicated creature that does a lot of bad things, but we know people like that,” Roche said. “What was so refreshing about this piece is how the women stand up to Guido and have a voice of their own. They discover that they don’t need Guido, Guido needs them.”

– Featured image: “Nine: The Musical” is adapted from the Federico Fellini film “8 1/2.” This musica adaptation of his life follows Guido COntini, who has struggles coping with his past. – Photo Courtesy of Mark Williams