The war in Vietnam may not have been the best environment to encourage compassion and human understanding, but four recent graduates have showcased a story that proves otherwise.

The alums have been nominated for Best Documentary/Public Affairs – Video by the College Broadcasters, Inc. (CBI), for a short film they produced in professor Diana Nicolae’s Documentary Production class this past spring semester.

The students involved in producing the 21-minute film “Heart of a Hero” are Lauren Rauffer, Federick Casario, Patrick Hopper and Michael Matarese Jr., who all graduated with a bachelor’s degree in radio, television and film in May. The winners of the award will be announced at the National Student Electronic Media Convention Oct. 20-22 in Philadelphia.

During a battle in May 1968, U.S. Army soldier Michael Matarese Sr. (Matarese Jr.’s father) was shot in the neck and gravely wounded. Two comrades risked their lives dragging him to safety, but Matarese Sr. never saw them again.

“Heart of a Hero” follows veteran Matarese Sr. and his son on a journey to find the soldiers who went against orders to save his life when he was wounded.

Because Matarese Sr., could not remember if he was shot on May 8 or 9, locating the men who saved him has been difficult. He didn’t even know if they were still alive.

“Our ultimate goal was to acknowledge and say thank you to all those who risk their lives for this country,” – Lauren Rauffer

However, Rauffer stressed that war was not the main focus of the documentary.

“Our focus was to give Michael [Matarese Sr.] the closure he needed and to thank our veterans for the incredible bravery that they display,” he said. “Our ultimate goal was to acknowledge and say thank you to all those who risk their lives for this country. We hoped to bring our lead character, Michael’s [Matarese Sr.], positive energy and outlook to a negative situation.”

For Hopper, working on the documentary temporarily became his life.

“I think I can speak for my group when I say that this was one of the most important and meaningful projects we’ve ever worked on, and completely worth the sleepless nights.”

He credits the filmmaking team and Professor Nicolae for the success of the film.

“Once Mike pitched the idea, I knew it was going to be great film,” Hopper said. “You don’t hear many stories like this about the Vietnam War, so it’s a refreshing viewpoint on the subject and one that I hope brings attention to some of the things these young people went through.”

The group may have begun making the film as part of a school project, but they soon developed passion for their subject.

The CBI awards are open to campus radio stations, TV facilities and media outlets across the nation.

“Being nominated is a great honor and shows just how much work and dedication my team and I put into this,” Hopper said. 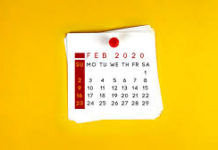 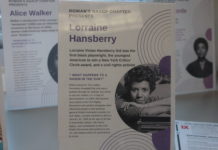 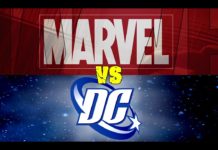