On any given day on Rowan’s campus, fire alarms can be heard blaring from all directions. If you live on campus, you’re probably used to blocking out the alarms and carrying on with your day.

For students living in the Rowan Boulevard apartments, the running tally of alarms for the semester has well surpassed 50, said sophomore English major Dan Tallo.

“If the alarm goes off in one building, the rest go with it. They’re daily fire alarms,” he said, while waiting outside during a fire alarm at Rowan Boulevard. “It’s very annoying, sometimes it happens at two or three in the morning. That’s literally the worst.”

Tallo, a musician, also says that the constant interruptions interfere with his practice schedule. A former resident of the freshmen dorm Evergreen Hall, Tallo also noted that the number of fire alarms was significantly less, possibly due to the dorm’s smaller size.

“I don’t know if it’s because people don’t know how to cook or they’re vaping in their rooms or stupid [stuff] like that,” he said. “I don’t know, I’ve never done anything to set off a fire alarm. If people were a bit more mindful…I don’t think it would be a problem.”

Travis Douglas, the assistant vice president for residential learning & inclusion programs, said there are a variety of reasons why alarms go off in the dorms.

“Some include smoking, vaping, use of aerosols, and cooking that results in excessive amounts of smoke,” he said. “The alarms are designed to be very sensitive to assure they will provide protection in the event of a fire.”

Douglas also urges students to review the housing policy on careless cooking, which states in part, “Students who are negligent in the process of cooking and trigger false fire alarms may be subject to disciplinary action.”

Disciplinary actions for such offenses include fines of up to $50 and may result in the loss of housing privileges.

“Students should be attentive when they are cooking and follow the guidelines in the policy to avoid burning foods and causing smoke that can trigger alarms. They should also be sure not to smoke or vape indoors,” Douglas said. “Students who know information about violations can report that to University Police or their RA or RD. We have offered rewards for information about individuals who cause alarms due to violations of policies.”

New Jersey, which has some of the strictest fire safety standards in the nation according to Douglas, developed more intensive enforcement practices and standards following a residence hall fire at Seton Hall University in 2000. Three students were killed in the fire and dozens more were injured.

“The standards and policies that we have at Rowan University are very similar to those at other universities in New Jersey,” Douglas said. “We take fire safety very seriously.” 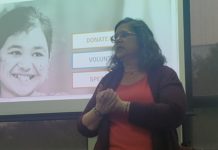 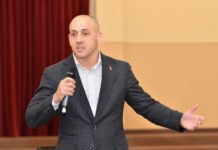 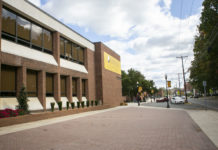