Although brown and gold foam fingers are usually sported by fans in the bleachers of Rowan University games, a record-breaking 500-plus have never been consecutively waved, ever.

The Esby Gym played host on Saturday to one of Rowan’s newest accomplishments: attempting to set a world record for the most people waving foam fingers simultaneously for 30 seconds. The event was co-hosted by Rowan After Hours and Rowan Athletics.

The attempt took place during halftime of the men’s basketball game against New Jersey City University and drew a crowd that stayed throughout the game. Dozens of “counters” sporting clipboards and keen eyes were on hand to monitor crowd size section by section. Attendees were given foam fingers and bracelets upon their arrival, and in addition to the record attempt, a raffle contest saw people take home an Apple Watch and a smart TV.

Although the record has yet to be confirmed by Guinness, the gym held approximately 554 people by halftime of the men’s game, 54 more people than what the attempt called for. Megan McHugh, assistant director of Rowan After Hours, stated that, while the gym looked to be at maximum capacity, Guinness makes the ultimate call.

“As far as I know this is the first Guinness World Records title attempt at Rowan University,” McHugh said. “We chose this title because we believed it was achievable given our space, and the foam fingers worked well with the theme of the basketball game.”

While the gym was an appropriate setting, McHugh said it’s another way to keep the community involved with the university.

“We believe events such as World Record Game encourage school spirit and strengthen the relationship between Rowan and Glassboro,” she said. “It is a great time to get everyone together to achieve a common goal.”

Whether or not the school will attempt another record in the future lies in the result of this attempt. If lost, an opportunity to try again presents itself. If won, the stakes will only be raised and the next record could be even bigger.

Look out for the confirmation on Rowan’s Office of Student Activities social media pages: @RowanOSA or facebook.com/rowanosa. 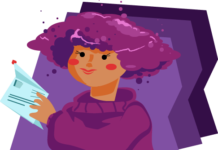 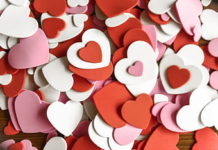 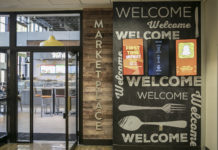