So like, it’s totally unfair to suddenly realize that I have a mosquito bite on my wrist. After being violated by this tiny ninja, I become paranoid and constantly swat at my arms only to realize that it was just a random feather or piece of lint. The psychological damage that is associated with the mosquito is a paradigm of prodigious proportions. After getting bit by one of those little monsters, I go through the five stages of grief: denial, anger, bargaining, depression, and acceptance (although acceptance is subjective).

Following the discovery of one bite, I immediately find that it is accompanied by three fresh ones. How can I tell it’s fresh? Because it left a copy of its picture followed by its autograph that reads, “To Suzette, the best Type O on the block.” Even with the John Hancock, I don’t believe it. Was I bit? No way. This isn’t happening! And then I feel another itch up my arm and behold … more bites. Now I’m angry.

I’m angry because how dare it?! It used me! Didn’t even ask permission. Mosquitoes are so entitled; so selfish! I’m not angry, I’m irate! Do you know what irate even means? I don’t know exactly, but it definitely sounds angrier than angry! Can I just use exclamation marks to express my feeling? (!!!) There! Take that, you mutant dragon!

If only I saw you; maybe things would be different. Maybe I wouldn’t want to squish you on sight if only you would have simply smiled and flew away. Perhaps, had I wore extra bug repellent, I wouldn’t have had to endure the pain and suffering of these bites. It’s conceivable that I could have prepared ahead of time; I just wasn’t thinking about the possibility of being bit by Lestat’s long-lost relative.

This was all my fault, of course. I opened a window to enjoy the nice breeze and it backfired on me. It will always be like this; I will die from this bite. I will change the direction of my sails and set the course for a long journey on the sea of hopelessness and contemplate my existence. These bites, well, they are a part of me forever. That little hemoglobin goblin took all my courage.

I’m just super annoyed at this point. I have to scratch that bump for days and then I’ll scratch so much that it’ll turn into a cut and bleed and then the mosquito will smell me and pull an Edward Cullen and try to resist me at first but then the thirst will be too strong and then … well, I digress.

Acceptance you say? I accept this challenge! I’ll buy the extra-strength bug spray that promises to repel mosquitoes up to 1,000 feet no, a million feet. While I find a way to defeat you, Evil Sorcerer Mosquito, you shall recoil in fear, for I will have the upper hand! Just please don’t bite me. It’s an ordeal. 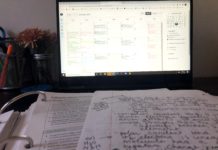