Starting this fall, the third floor of the Townhouse Garage located behind Bozorth Hall will be off-limits to commuters. It has been converted to “event parking” only.

In an email response to the author to questions about this change, the university parking office said the Glassboro campus is considered a walking campus. In the email, they also said that for commuters who park on campus, a parking pass still allows commuters to park in lots A, B-1, C, D, D-1, F-1, O, R and Y, as well as certain resident lots.

But for senior radio, television and film major Damara Peraino, the change in the status of the Townhouse Garage is a major hassle.

“The Townhouse [Garage] third floor has always been my absolute last resort if I had a class after 10 a.m.,” Peraino said. “There’s not a lot of space but it really makes a difference between getting a spot and going to class and possibly missing my classes.”

Senior radio, television and film major John Campbell has nearly all his classes in Bozorth and he is unhappy with the way parking has changed.

“You’re seeing it now,” Campbell said. “There’s nowhere to park. And [the school will] argue with you. There are places to park but it’s not convenient parking. That’s the greatest argument that they have right now and that’s what they’re sticking to. I’m not walking from Wackar Stadium all the way over to Bozorth Hall every day.”

Commuters at Rowan (C.A.R.), a student organization for commuter advocacy, is looking for solutions to the problem.

Harley Buechler, a senior chemistry major and president of C.A.R., said that some parking lots are reasonable distances from certain buildings, such as James. However, for Bozorth and Bunce, the distance can be unreasonably long, especially from the back parking lots.

With the adjustments to commuter parking, Buechler advises commuter students to give themselves extra time to find parking and walk to class.

Rowan has encouraged anyone with questions to contact the Department of Public Safety’s Parking Office at 856-256-4575 or email parking@rowan.edu. 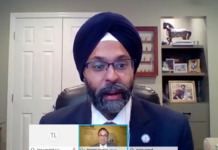