Last Friday, the Hollybush Green filled with students for the yearly Hollybash concert, put on by the Student University Programmers and Rowan After Hours. The event featured performances on several stages, with the main stage presenting 2018 Battle of the Bands winner Native Riff, Andreas Moss and Andy Grammer as the headliner.

While the music was the main draw of the event, food and activities were also abundant. A row of food trucks provided students with dinning options ranging from donuts to tacos. Activities included a zip line and a Ferris wheel.

Performer Andreas Moss, a native of Sweden, grew up performing gospel music with his family. However, he has shifted toward a more pop-based sound in recent years.

“Being in pop music, there’s a lot more transparency and the ability to speak about everything openly and freely,” Moss said about his musical transition.

Following Moss, headliner Andy Grammer took the stage. Grammer’s performance showcased his eclectic musical capabilities, with the singer beatboxing and playing the trumpet, keyboard and guitar at various points in the show.

Grammer’s performance featured staple hits like “Keep Your Head Up” and “Honey, I’m Good,” as well as tracks from his new album “The Good Parts.”

Throughout the performance, the crowd seemed engaged, singing along to hit songs from this generation of Rowan student’s adolescent years.

In an interview before the show, Grammer explained the message he wanted to convey with his new album.

“The core message was the more vulnerable you are with more people, the better your life will be,” Grammer said.

He also wants to combat the shallowness of contemporary life with his music.

“The good parts means share all the good parts of your life,” he added, noting the importance of avoiding the modern and shallow conception of a story in the social media age.

“I thought Hollybash was really fun,” Siano said. “They had a bunch of cool games and I thought Andy Grammer was a really good musician.” 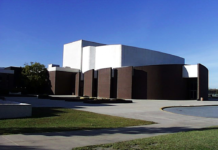 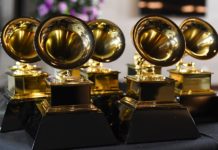 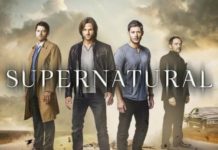