On Friday, Oct. 5, the Rowan students held an event in the business center called the Holocaust Remembrance Night.

This event started off with a prayer that victims of the holocaust would use to give them strength before being sent to concentration camps. After this service was performed, speaker and holocaust survivor Selma Rossen told us her story.

Rossen grew up in a place called Zloczow, a place that was once Poland. She explained that in 1939, Zloczow was owned by Russia.Than in 1941 Germany took over Zloczow, causing the number of people inhabiting that location to decrease from 10,000 Jewish people, to 70 survivors once the Holocaust was over. Only six of those survivors were children, and Rossen and her sister were two of them.

Rossen‘s family was able to survive because they had help from many Christian friends who worked to protect her family.

“My grandparents owned a printing press factory, and unfortunately it did not save her grandparents lives but it saved her families life,” Rossen said.

Her grandfather got caught in a roundup and took a poisonous substance called cyanide on his way to a concentration camp, while her grandmother had passed from typhus.

“My family was able to avoid deportation to Siberia because the Russians needed somebody to run my Grandfather’s factory,” Rossen said. “The bombing of Zlochow started immediately and German troops were followed right behind the bombing.”

She and her family hid in the attic of the factory for several days when there was a pause for roundups. She continued to talk about how she was jealous her sister had to wear an armband and she didn’t. This was the “Star of David” armband she was referring too. Roundups, shootings and imprisonments continued periodically and her were parents became desperate to protect their family.

Rossen and her sister were hidden by their parents with other families. The first family had kept them for a few days but as those days past they agreed to keep her sister but not her. Due to Rossen’s sister having darker skin, it allowed her to blend in more which made the family able to hide her better. But her sister was against the idea and jumped out of the window, running back to her family.

The family then hid Rossen and her sister with the family nanny.

“I had cried because I was missing my parents, so my sister and I jumped out the window and ran back home,” Rossen said.

Eventually, it became too dangerous to be on the run, so someone that Rossen’s mother had helped previously decided to help. Hela helped them hide in her farm that was near the killing forest, frequently hiding underground.

In 1944, Rossen’s family was liberated from the Germans, immigrating from Zlochow into America.

The transition from living in hiding to being free in America was extremely different but amazing.

“My family acclimated very well, my parents had my sister and I go into engineering,” Rossen said.

Years after the tragic affair, Rossen remained in contact with those she knew who had survived.

“The most difficult part about the event was getting the sound system,” Alex joked.

Selma tells her story so future generations can continue to remember those who have fallen and honor them for their perseverance, strength and survival. 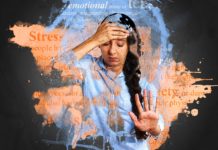