Scoring wasn’t hard to come by on Saturday night in Glassboro.

The Rowan women’s soccer team moved to 9-1-1 overall and 4-0-1 in the New Jersey Athletic Conference (NJAC) with a 9-0 against New Jersey City University.

The brown and gold showed their offensive presence in the first half, scoring four goals against NJCU before halftime. Rowan could’ve put up more on the score board against the away team, but six of their offensive opportunities were deemed offside.

Rowan didn’t ease up, as they scored another five goals in the second half including Cathyrn McCarry putting a header past NJCU goalie Cidney Lee-Sam at the 60 minute mark for her second in a span of just under two minutes. Jessica Beck found the back of the net on a penalty in the 67th minute for her second goal of the game as well.

Defensively, the home team only had to make three saves to notch their seventh clean sheet of the season, while NJCU totaled 13 saves, one of which was a penalty at the 33rd minute.

As has been common as of late for the team, they had a total of 40 shots taken with 22 on target, while NJCU only had 3 shots total. It was Rowan’s third consecutive game of 20 or more total shots taken.

Seven different Profs had scored on the night once the final whistle blew.

“We don’t really look at who scores the goals, we look at how we are scoring the goals,” said head coach Scott Leacott. “We’ve been scoring some quality goals which is nice for us, it’s not like we’re getting cheap goals off of their defensive turnovers so just moving forward it’s the way we score, not so who scores.”

The Profs offense has been nothing short of spectacular this season, with 15 players registering at least one goal and score five or more goals in five of their 11 games. Junior Daria Jones, a transfer from Fairleigh Dickinson University, is Rowan’s top goalscorer with 11 goals this season and two hat tricks. She had just two in her whole time as a Knight.

“I love scoring, but when you have a whole team effort like the game before, the only people who scored twice were Cat [McCarry] and Jess [Beck] otherwise it was nine goals of seven different people so it was really cool,” Jones said.

The team tied 0-0 with Rutgers University-Camden on Wednesday night. 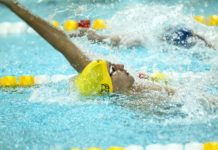 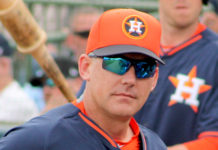 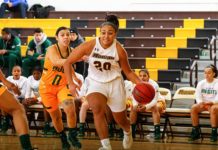