Doctors, internet articles and statistics told us that you were one in 22,000 or something like that.

And I feel like that’s the worst part of all of this, this nightmare of a reality that’s been life for 365 days now. Knowing the thing that took you and him away from all of us was so rare hurts the most.

Why do I get to do what I love all after you’re gone?

I see you guys all the time. In the living room, in my dreams, hanging out with the dog and dad, waiting for me to come through the door on my way back home from school for a weekend. You always would run up to me screaming, “JAIDEN’S HOME! JAIDEN’S HOME!” That’s usually when I wake up. Because I’m the one that’s home. You’re not. And neither is he.

The last year has been the best worst time of my life. It’s given me plenty of great feelings, experiences and opportunities, but I know that everything I’m doing should be shared with two more in the audience.

I’ve done the whole therapy thing. I’ve seen and heard things that I would trade anything and everything in to never have experienced. I’ve shared those things, but nothing will ever fix the thought of knowing that what we all had planned on will never come into fruition. The world was set and this family was going to take it by storm.

As time has gone by, I’ve found it so messed up how, in the matter of seconds, things can change. Things flip upside down. But as I look back on this time, as hard as it is, I feel and see through the pain just how much you meant to us.

You were right there after my car accident. You were always up to some kind of insanely clever trick, whether it was filling dad’s truck up with balloons for his birthday or making corny posters that were so grammatically incorrect but you filled them with candy to unknowingly make up for it. You and dad worked so damn hard to give the both of us something we’ve never had; a house to own. All the games of Clue we played the weeks before everything and after the baby shower. Dad and I have this unbreakable bond, and anyone who knows us even just a little knows that. It can be intimidating to people, but you embraced it and embraced us. You brought my sister back to us. You made us a family.

So, as I look back at these first 365 days without you, I am still filled with just as many uncountable emotions, if not more. This last year has been our first go at finding the pieces and trying to put the puzzle back together.

You’re not one in 22,000. You’re not a statistic. You’re the light that every single person that crossed paths with you was so lucky to see. And like your favorite song says, we will always be riding the wave, wherever it takes us. 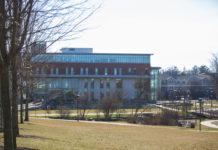 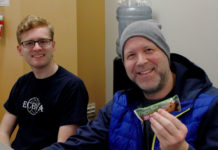