As Rowan Students get back into the swing of college life, so does the Student Government Association (SGA). Plenty of senators and other guests piled into the Eynon Ballroom in Chamberlain Student Center on Monday night, however most congregated around the buffalo chicken dip.

Student president Arielle Gedeon ushered in the new year of student government with the stroke of her gavel. Among those in attendance were the Gourmet Dining representatives, including Marketing Director Quin Calahan, who surprised the ballroom as he announced that GrubHub had bought Tapingo.

While this isn’t a new development, plenty were still caught off guard by the announcement. According to GrubHub, the purchase was finalized back on November 7, 2018. Rowan is one of 150 schools currently using Tapingo’s technology, making this acquisition felt on a national level.

But what does this mean for Rowan students with meal plans?

“Not much,” according to Calahan. “The ordering process is similar to the way Tapingo operates, hopefully, more smoothly. Many students last year voiced concerns over Tapingo as it brought drastic change with it while others enjoyed the technology. Those who are displeased with Tapingo can rejoice on September 30th, as it will be the last day you can use the app.”

In other Student Government Association news, sophomore public relations and advertising dual major Carmyn Hadley was elected Assistant Vice President of Public Relations. Already an RA and Admissions Ambassador for Rowan, her responsibility in SGA is to effectively market Rowan’s clubs and events to the student body.

When asked why she would be suitable for the position, she said that her involvement with Rowan University had been extensive. She went on to note that her experience with using social media also makes her right for the job, something the student council leaned more towards when openly discussing the merits they were looking in a candidate.

She was very grateful for her victory and said that she looks forward to working with every club possible.

Hadley received open arms from her new colleagues, looking forward to the rest of the semester. You can see the student council at work every other Monday night at seven.

The next meeting is on September 30. 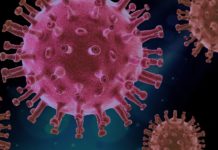