From Kawhi Leonard’s “load management” to the Los Angeles Lakers’ dominating winning streak, last week in the NBA was interesting to say the least.

The Lakers haven’t lost since opening night, winning six straight games and topping the Western Conference at 6-1. LeBron just keeps reminding us that he hasn’t lost a step.

In other news, Atlanta Hawks forward John Collins has been suspended for 25 games due to the use of performance-enhancing drugs (PEDs). It was pretty irresponsible of him to get in this situation but ultimately, this hurts the Hawks who have been showing promise behind Trae Young’s stellar play.

In my opinion, a franchise should be able to do or say whatever they want about their players regarding anything, including their health, but it’s the NBA. They might fine you for breathing on someone the wrong way at this point.

Also, in case you didn’t know, the New York Knicks are still hot trash as they drop to 1-7 while the Brooklyn Nets have been kind of up and down at 3-4. Well, at least they’ll be relevant in April (yes that is a shot at the Knicks even though I’m a die-hard Knicks fan).

The Boston Celtics are currently at the top of East as they continue to play some great team ball.

Surprisingly, the Phoenix Suns have been playing great with a 5-2 start. Devin Booker is still torching defenders but it’s actually translating into some wins now.

I know it’s early but Suns Head Coach Monty Williams has these guys playing hard and it’s led to some early success.

On the other hand, did I mention that Ja Morant is really good? Like, really really good? He’s looking like the clear favorite to win Rookie of the Year averaging 20.4 PPG while shooting over 50% from the field. He’s on another level right now and the league is starting to take notice.

Overall, the start of this season has been busy with many different story lines happening at once, and they don’t look like they’re going to slow up any time soon. 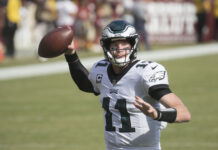 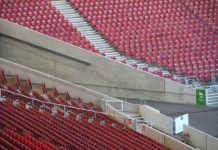