The late Randy Pausch, a former professor at Carnegie Mellon University, once said, “The size of your audience doesn’t matter. What’s important is that your audience is listening.”

Six artists were able to resonate with a passionate audience in Chamberlain Student Center’s Eynon Ballroom Thursday night. The shouting, dancing and energy that consumed the ballroom were unlike any other. The simple acts of love for music and appreciation fueled an unforgettable night.

The audience was able to discover new music, hear their favorites, or just enjoy music.

The concert was put together by 4333, a South Jersey music collective who hosts sessions, interviews, and live performances.

Founded by seniors Jayce Williams and Stephen Kummer, both music industry majors with a business concentration, 4333 has become a music hub for not only for the college but South Jersey as a whole.

The man of the hour was Camden native Mir Fontane. On his rise to stardom, Fontane has gained extreme traction over the past 3 years. From signing to EMPIRE to releasing “Who’s Watching The Kids 2” last year, Fontane has been showing why he should be a household name.

At the end of his set, Fontane mentioned that he had new music on the way and an EP is to be expected soon.

Kicking off his set with the song “Blue” off of his 2018 EP “Macaroni Tony,” fans were already locked in. Floating across the stage, the crowd was loving every second of Fontane’s opening song.

“Used to think I’d die if you wasn’t my boo / but my heart turned blue and my bills did too,” rapped Fontane.

Getting into songs from “Who’s Watching The Kids 2,” fans heard the first 3 seconds, and instantly knew “On Mommy” was next.

“Who’s Watching The Kids 2” was inspired by Fontane’s view of his hometown. Before his rap career, Fontane worked at a Boys and Girls Club where he realized that a lot of the kids growing up were being raised by the streets and didn’t have supervision. Now with a platform, Fontane kept this story and used it to inspire the youth.

Fontane ended his set with “Ben Simmons,” the fifth song on the 11 track “Who’s Watching The Kids 2” EP.

“F**k a blue pill, I’m in love with blue bills, City full of Will’s, we ain’t got no Uncle Phil’s /  Youngins catchin’ bodies, keepin’ count just for the thrill, they gon’ leave you froze if you don’t find somewhere to chill,” Fontane paints the scene of growing up in Camden and what he was surrounded by.

When mentioning Jersey artists who are up and coming, Mir Fontane has to be in the conversation. Others include Angelo Moto of West Orange, 070 Shake of North Bergen, and Tsu Surf, Newark.

First on the stage was Kenz, a strong vocalist with powerful lyrics, performing pieces that tugged at heartstrings and resonated with the audience.

Detailing the complexities and deceitfulness in some relationships, Kenz performed “Lie to Me” from her 2019 EP “Half Full.”

“I don’t know who you thought I was so I’m just gon’ remind you, next time that you hit my line, I’m just gon’ decline you” sang Kenz.

Right off the bat, Hellboy came onto the stage ready to get the audience into his set. With raw lyrics and extreme energy, he did just that. Even while wearing Timbs, Hellboy was jumping and running across the stage, hyped as ever.

At only 19, the artist is ready for this new year and says he’s focused on elevating himself and his craft.

“All pressure, it’s straight creation and meeting people,” said Hellboy in terms of his plans for music in 2020.

Putting on for the city of brotherly love was OD Blank. With his alternative-esque rap sound, the crowd was feeling it, rocking their heads and jumping at the lyrics.

“I shoot my shot just like a Tommy Gun, I wanna know just what she really want, I wanna know if it’s really love” rapped OD Blank in his song “Only Between.”

First, Larold performed “Grew Up” which released in 2018, a melodic guitar and simple beat paired with Larold’s lyrics detailing the various paths people take in life, including his own.

“Feel like I blinked and everything switched up so quickly, now it’s just memories, now it ain’t nothin’ but history,” rapped Larold.

After a couple more “sing songy songs,” Larold referred to his slower music as, he cranked up the intensity.

Larold performed a song titled “Dummy Boy,” then proceeded to get the crowd amped with “Lemonade.” Yellow lights illuminated the stage as everyone jumped and got lit. Larold even got off stage to join the crowd and got the energy to an insane level. People in other parts of the student center undoubtedly could hear the hype.

After the show, Larold was able to layout how far he’s come and what he’s got planned for the future. Music has been in his veins at a young age; he recorded his first song at age 13, and he’s now 24.

Larold said that he began to get serious about his music since his senior year in high school.

“Mac [Miller] was a huge inspiration to me, I was supposed to see him live right before he passed,” Larold said as he showed his knuckle tattoos, using the title of Mac Miller’s song “Self Care.”

When asked what should fans expect from him next, Larold responded that from here it’s just running everything up, it’s all gas no brakes. He’ll be releasing a new single every month.

Adding to the energy was Audrey, a Korean-American R&B artist who’s changing the game. She performed her newest single, “Comic Sans” which features Jack Harlow, another artist who’s been gaining traction in recent years.

Showing off her vocal range, the singer performed “Party,” a 2018 single.

“Smile like you’re the joker, then hide your bodies in the sofa. Count cards playin’ poker, whatever you like,” she sang gently.

Just like after any concert, fans clear out, leaving the venue still shocked but exuberant that they just were in the same vicinity as their favorite artist, raving over performances, or desperately needing fresh air. This night was no different.

For those who were introduced to a new sound, they will always think of that night in Eynon Ballroom.

The 4333 collective’s next show on February 29th will have Teenage Halloween, P.R.O.G.R.A.M, and Pillowfort (DC). Those interested can check out their website to find out more information on future events. 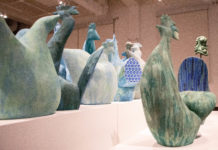 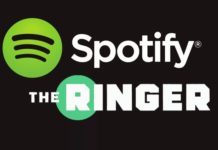