Four Rowan University sophomores hope to bring more cultural diversity to campus with the formation of the South Asian Student Alliance (SASA). The organization looks to foster a community of South Asian students at Rowan.

The idea for the organization came together after the two co-founders and co-presidents, Shivani Shah and Yashaswi Parikh, noticed that Rowan did not have a community where South Asians could come together and spread their culture on campus. This led to them taking the next steps toward creating a safe and inclusive space for all students to share their culture and to embrace the South Asian culture.

“We noticed that there were like SASA or some iteration of SASA on basically every other campus except for ours in the area,” Shah said. “We just saw how they all provided a really inclusive community and a safe space to share our culture and just spread our culture to people who aren’t even South Asian, and we wanted to bring that to Rowan’s campus.”

The overall aim for the organization is to provide an inclusive, close-knit community to anyone who is interested in or a part of South Asian culture. The goal is providing all students the opportunity to learn, give back, network, make friends and have fun while celebrating and spreading South Asian culture and finding a sense of family at Rowan.

With Rowan expanding, there is not only a want but a need for an organization that allows South Asian students to feel at home on campus.

As the South Asian population at Rowan grows, they expect the organization to grow with it as the years go on.

“From last year to this year, or even just semester-wise as you walk around campus, you can see more and more faces [of South Asians],” Parikh said. “So I think there’s not only a want, but a need for Rowan to have a space like that where we can just network and connect [with others].”

Shah and Parikh, along with treasurer Amaal Khan, secretary Tanaya Tonpe and SGA senator Preet Patel, plan to conduct social and cultural events to spread knowledge about South Asian culture. They also plan to participate in service efforts to make a difference in their community as a way to reach out to Rowan students who are interested and want to get involved.

As far as events, the club will hold its first annual formal on Saturday, March 28 from 8-11 p.m. The formal will include an authentic dinner, live performances and a night of amazing cultural music and dancing. They’re expecting around 150 people, with friends from Rowan and other campuses, SASA members from different campuses in the tri-state area and other non-South Asians attending. 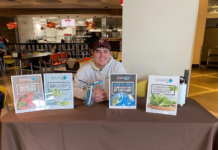 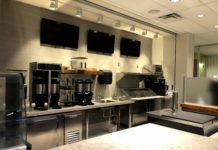