Netflix has recently come under fire for one of its newest features, a French coming-of-age drama called “Cuties.” The controversy originally stemmed from how Netflix marketed the movie, namely a poster depicting the main cast, which consists entirely of young girls, in various provocative poses. Immediately social media attacked the streaming giant, claiming that they were attempting to sexualize the young girls. After the backlash, Netflix removed the poster, but that proved to only be the beginning of the issue.

Originally, Netflix claimed that the cover image failed to represent the subject matter of the movie and has since made it available to stream. Once released, the film garnered overwhelming support from critics, earning a 90% on Rotten Tomatoes, but public opinion has been far less amiable. Many have taken issue with the content in the movie which includes multiple scenes in which underage girls dress in skimpy attire, dance seductively and participate in other disturbingly graphic depictions of adult acts.

The director of the film, Maïmouna Doucouré, has gone on record saying that the film is meant to illustrate the dangers of the sexualization of younger girls in the age of social media. The issue critics of the film have brought up has largely not been with this theme, but with the manner in which it is represented. They have cited the fact that actual underage actresses were used in the filming as their primary concern, since the film seems to create the kind of content it wishes to condemn.

Backlash has grown to the point where both the cast and the director herself have received death threats, with the director deleting her Twitter account to escape the harassment. She has since spoken out in interviews, claiming that she is “fighting the same fight” as the critics. Additionally, she noted that the movie does not exist as a condemnation of American culture as opposed to European, but rather as a critique of social media’s impact on younger generations.

In response to the film, a movement to #CancelNetflix has begun on social media. Debates have sparked online with defenders of the film being labeled as pedophiles while critics are being written off as lacking understanding of the film’s more nuanced themes. Netflix has seen a huge climb in users unsubscribing from the platform with the numbers rising higher by the day.

Netflix has been no stranger to controversy over the past few years. Gwyneth Paltrow’s Netflix special “The Goop Lab” was panned by critics for its promotion of pseudoscience, making unsubstantiated claims that could risk the health of those involved. In addition, Netflix has updated its own productions, such as “Thirteen Reasons Why” and “Bird Box,” by editing and removing existing footage that was found to be problematic. So far, Netflix has made no comment on whether or not “Cuties” will be removed from the platform despite the public outcry.

The film has also attracted the attention of Sen. Ted Cruz who wrote a letter to the U.S. Department of Justice demanding that they take a deeper look into the production of the film. He and other politicians have come out to condemn the movie’s “sexualizing of underage girls” and have requested an investigation be launched into both the production of the film and the executives at Netflix. To date, no action has been taken against the streaming service or the crew behind the movie.

Over the years, Netflix has acquired a reputation for being one of the bigger risk takers in the streaming industry. With many well-received foreign films like Oscar winner “Roma” and the critically acclaimed film “The Platform,” the company has seen great success in tapping into the works of foreign directors. However, it is unclear how the reception of “Cuties” will affect the streaming platform in the future. 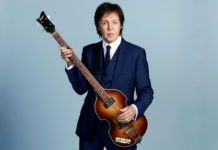 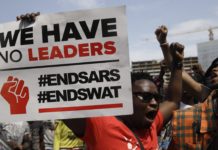