When I first heard of Supreme Court Justice Ruth Bader Ginsberg, it was not because of her myriad accomplishments.

It was also not because of her spotty track record with Native rights, nor her ruling against legislation that would grant them equal access to land and resources that many non-Native Americans rarely even consider.

No. When I first heard of Ruth Bader Ginsberg, it was because of Etsy marketing for products bearing her likeness.

The RBG-related products profiting off the burgeoning market of white feminism are seemingly endless: stickers, t-shirts, dolls, face masks, even waffle irons. In true capitalistic fashion, a complicated woman has too often been flattened down into a cardboard cutout of a “girl-boss.” In becoming a favorite celebrity, she has ceased to be fully human.

But since her passing on Sept. 18, there’s been plenty of material to reflect upon within Ginsberg’s legacy.

Ginsberg is far from unique among policy-makers for how she has been subverted — or exploited — by way of America’s parasocial relationship with her. What’s unique about Ginsberg, however, is how much people have to say about her now that she has passed. Even the often-caustic President Donald Trump had kind sentiments regarding the noted progressive when he heard of her passing — “I’m actually really sad to hear that,” he said to a camera crew on Sept. 18.

This may be one of the few cases in which I agree with the president — I’m really sad to hear it, too.

Because of Ginsberg, I can own a credit card and a bank account without needing my father or boyfriend to co-sign for me. I can own property, the same way men can. I am legally allowed to drink alcohol at age 21 the same way that my male peers can, rather than at a younger age, as was previously the case in Oklahoma before Ginsberg‘s intervention. As a citizen of the United States, I can be forced to perform compulsory jury duty the same as any man.

When Ginsberg founded the Women’s Rights Project at the American Civil Liberties Union in 1972, she began a civil rights journey that would change America as it was then known. In doing so, she protected both women and men from gender-based discrimination.

She also often failed to protect other vulnerable minorities.

Because of Ginsberg, the Appalachian Trail Pipeline went ahead with construction in a decision opposed by over 200 indigenous nations. People lost their homes. In 2005, she also ruled in an 8-1 majority that the Oneida Tribe legally could not have sovereignty over tribal lands previously ceded to them as a reservation.

As great as her record was on voting to protect people vulnerable due to gender, it was also often terrible at protecting people vulnerable because of tribal status or indigenous culture. You won’t find this information on too many best-selling Etsy products.

It just doesn’t match the image that we non-Native white women have been sold about our favorite “icon.” I guess capitalist marketing doesn’t work very well when it encourages its market to hold two competing ideas about the same subject at the same time. How many pins could be peddled if we knew that RBG was not the greatest civil rights activist of the 21st century?

Ginsberg does not inspire me either because of, or in spite of, the negative parts of her legacy. She inspires me in a way that must hold equal footing with the truth that while she stood for many of my values, she also stood in contradiction of many others. It is because I look up to her that I also know that I must work harder to educate other white women about the issues where she failed.

It is not my duty to bury my heroes, but to lay to rest the demons I may have with them.

This is where I write my call to action: before you buy RBG-related products, keep her memory as a blessing. Donate to tribal causes across the country, such as to prevent the Quileute Tribe (as exploited via Stephenie Meyer’s “Twilight” series) from losing their tribal lands due to land subsidence, or to the Navajo Water Project which seeks to remedy the fact that 1 in 3 Navajo homes don’t have a tap or a toilet, or to the Coalition to Stop Violence Against Native Women if you are truly invested in feminism.

It is up to all of us who love her as an icon to pick up where she has now left us. That means protecting women and reproductive healthcare rights, but also amending the things we may wish we could forget about her. We should not forget about any of it. 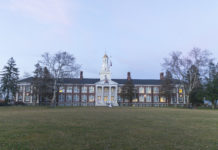 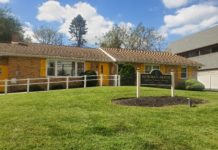 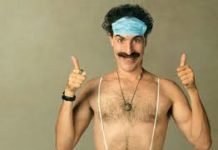